1. Where’s the vacant land?
Here’s a graph of population density by state. Find out which states are densely populated and which ones are pretty empty.

2. Americans Moved to Low-Tax States in 2021
The Census data shows population gains and losses, but not cross-border migration. (Census provides migration data, but on a longer time delay.) Moving data from U-Haul and United Van Lines, while less robust—and undoubtedly influenced by their geographic coverage—speaks more directly to cross-border migration, and is confirmatory. Both companies see states like California, Illinois, Massachusetts, and New York as the biggest losers, while states like Texas, Florida, and Tennessee are among the largest net gainers.

3. 7 Best States For Homesteading (And 3 Worst)
Homesteading is typically characterized by growing, raising, and otherwise producing food; keeping livestock, chickens, and other animals; and making clothing, furniture, and other necessities. It’s also often linked to self-reliance, which can mean anything from growing your food to living off-grid. This is where the off grid nerd thinks homesteading is hottest and some that “nottest.”

4. 3 Negotiation Mistakes That Are Hurting Your Deals | Chris Voss
Check out these 3 lessons from master negotiator Chris Voss. If you employ these techniques, you will close more deals.

A few days before he turned 80

He was sittin’ out back in a rocker

He said, “What you been up to lately?”

I told him, “Chasing a dollar”

And in between sips of coffee

He poured this wisdom out

Said, “If you want my two cents on making a dollar count

Download the free app and get your first course for Free! Land.MBA lifts the veil of mystery regarding how to make money from raw, vacant land. If you’re ready to generate substantially more income for your family, this course provides everything you need to understand how the land investing business works and what you need to get started. 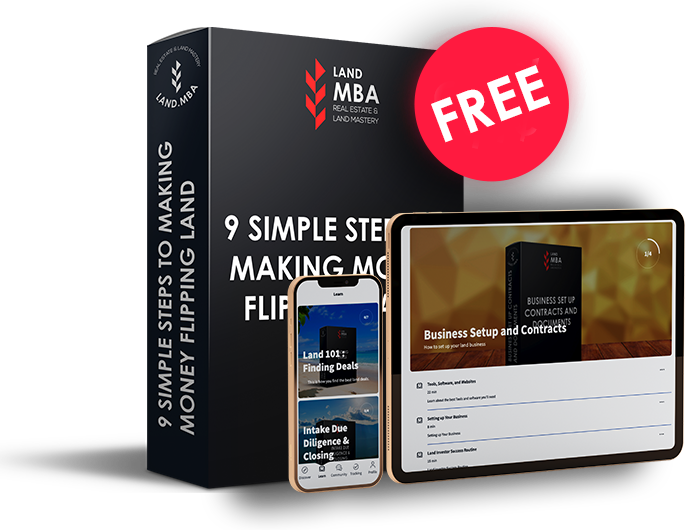